For a long moment, all five men stared in shock at the figure on the floor. Finally, though, Einarr was able to focus on her face.

Barri and Bollinn blinked, looking harder. Sivid shrugged, as though trying to rid himself of a weight.

“…Are ye sure?” Jorir ventured to ask, even his voice hesitant.

Einarr didn’t answer, merely stepped forward to take the poor woman by her shoulders and roll her over on her back. With the hem of one of her sleeves he wiped the blood from her face. The unfortunate woman would have been thirty if she were a day, and her face would have been long even if her ordeal had not rendered it haggard.

Einarr started to nod, then noticed the pendant that showed through a rent in her bodice. Carefully, trying to touch the rapidly cooling flesh no more than he had to, he lifted it for all to see. It was the emblem of the Singers. “Let’s not get ahead of ourselves. I think we might know what’s in store for her if we don’t hurry.”

With a series of nods the five rose and started for the stair they had descended. Only, at some point during their battle, the door had been closed behind them – nearly as seamlessly as the dungeon door above had been. Bollinn cursed. Einarr merely sighed.

“Worth a shot. Gotta do something about the good light, though.”

Einarr nodded in agreement. “Let’s go check the room the gaoler vanished into.”

The others exchanged some strange looks, but Einarr ignored them until they were inside the guardroom.

“What did he mean?” Bollinn asked, crossing his arms as they stepped into the apparently empty room.

“Nearly got ourselves trapped in the stairwell before. Can’t see the mechanism if you’ve got a real flame. And that gaoler has to have gone somewhere.”

They marked time by the staccato spurts of cursing that drifted across the dungeon from Sivid’s progress – or lack thereof – on the door. All of them were aware of two things while they searched, however. First: the gaoler clearly had an escape route from this room, as he was nowhere to be found. Second, and more importantly, too much time was passing.

Finally, after a fourth spate of cursing reached their ears, Barri kicked at the wall and the sound came back hollow. All four men in the room exchanged a silent look.

“Someone go get Sivid, will you? Barri, let’s see if we can’t get through there.”

The hollow spot opened up on a passage not much wider than a broad man’s shoulders, lit sporadically with the same blue lanterns they had seen throughout the circle fort. Einarr led the way, Sinmora once again in hand, as they hurried down the narrow passage in the pool of normal light provided by Barri’s torch. The sound of their boots on the stone was loud in Einarr’s ears, but better that than to arrive too late.

At one point, not too far back from the gaoler’s cell, the passage split. One path curved back the way they had come, more or less. A scrap of cloth that could have been from the gaoler’s tunic was caught on a hook in the wall going that way.

“So that’s how he locked us in there with that beast.” Jorir grumbled.

Einarr grunted. “But he’s not the one we’re after, and I’ll bet good ivory that we can get into the keep proper on this other path.”

“How much good will that do us?” Bollinn called up from behind, blowing out his moustache.

Einarr was moving again before he answered, his strides devouring the ground under him. “You see any sign of a temple or an altar outside? No? Me, neither. So it’s probably inside, somewhere protected. Especially since the lord of the keep seems to be this high priest we’ve heard about.”

No-one else voiced any complaints, unless one wished to count the loud breathing of the dwarf as he half-jogged to keep up. Eventually their pool of natural light met the end of the occasional pools of blue. Shortly thereafter, Barri’s torch illuminated the inside of a door.

Einarr held up a hand for silence, slowing his own steps to tiptoe the remaining few feet. Not that caution at this point was likely to aid them much, but it was also unlikely to hurt. He pressed his ear to the crack at the edge of the door.

Outside, a pair of boots tramped past, but no voices accompanied them. Einarr pressed his lips together, hardly daring to breathe, until he could hear them no longer. When they had not returned after a long count of ten, he unhooked the latch.

The door slid to the side on ingeniously tiny, nearly silent runners. Einarr wasted a few breaths ensuring he would remember the design: he had never seen its like, but perhaps someday he could make use of the trick. Then he stepped out of the recessed panel that hid their passageway and into a broad flagstone hallway. Rugs were laid to run along its length, and while the local lights seemed to wash everything in the gray of twilight, Einarr was reasonably certain those rugs were predominately crimson.

Moments later the rest of the team had emerged from the passage and Sivid was very carefully closing – but not latching – it behind them. They spread along the wall they had emerged from, placing themselves in shadow as they sought a clue as to where to go.

The sound of chanting from down the hall raised the hairs on the back of Einarr’s neck. Without waiting, he stole down the hallway towards the sound. It was, at the very least, a place to start. Now if only I’m not too late… 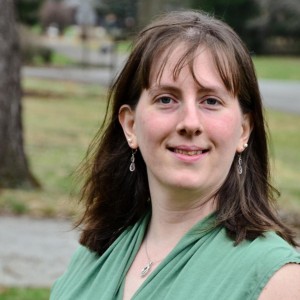